If you are fond of fishes and own a fish tank, you are probably familiar with the dangerous brown mossy material that can build up in your aquarium. It is brown algae and is especially common in new aquariums.  There are many causes of this brown algae, and if not treated in time, it might ruin your fishes and other aquatic organisms. There are many ways in which you can fix the problem of algae in your fish tank.

However, different types of algae grow in aquatic environments. The brown algae that appear in your aquarium emerge, especially under artificial lighting in the aquarium. It is also referred to as silica algae. Some more causes of brown algae could be nutrient abundance or Low oxygen level in your fish tank.

What is Brown Algae?

Brown algae are the largest, most complex type of seaweed. They derive their name from its color, and this color is derived from a pigment known as fucoxanthin. This pigment fucoxanthin is generally not found in any other plants or algae. As a result, brown algae are most common in home aquariums.

Brown algae are often rooted in a stable structure such as a rock, shell, or dock called a structure, although species in the Sargassum genus are free-floating; Many species of brown algae have air bladders that float algae blades towards the ocean surface, allowing maximum sunlight absorption.

Brown algae are unique among heterokonts in developing multicellular forms with different tissues, but they reproduce through flagellated spores and gametes that closely resemble the cells of other heterokonts. 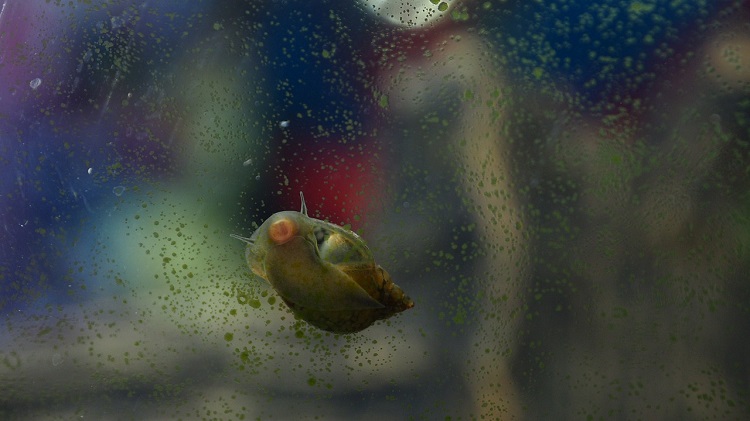 Is Brown Algae dangerous for fish?

Unlike blue-green algae that can descend into large, disgusting sheets, these diatoms do not stick together. Patches of diatom will generally make your tank look less attractive.

Brown algae are not harmful to your fishes, and it won’t kill them. It is believed that the diatoms responsible for brown algae consume carbon dioxide and release pure oxygen, which indeed helps in increasing the levels of oxygen in your fish tank.

For the most part, it is easily removed. It is also relatively easy to stop brown algae from growing in your aquarium if you know the reasons for its growth. Some preventive measures can prevent the growth of brown algae, and you can get rid of them easily.

Brown algae is also a sign that your aquarium’s water chemistry is not in optimal balance. After providing proper lighting, improving water quality should be your next concern. In general, you can see some of the main reasons: excess silica or nitrate or excess nutrients in the water.

The main causes of brown algae are as follows:

Silicate in the Aquarium Water

Silica can be made from tap water in aquariums that are high in silicic acid. It can also leach from some substrates that you might be using, such as silica sand. The problem of brown algae might persist due to the high silica in the water. Obtaining a special silicate-absorbing resin for the tank’s filter can be the ultimate solution.

Nitrates in the Fish Tank

Phosphates in the Aquarium

High phosphates in the aquarium are also one of the reasons for brown algae. Although phosphate is considered an important nutrient and every aquarium consist of phosphates, excess quantities of phosphates can result in the growth of brown algae as they fuel true algae blooms and diatoms. You must check the ideal phosphate levels of your aquarium according to the kind of tank you’re using and the stock you keep.

Brown algae are a common occurrence in a newly established aquarium. Aquariums that are usually kept in dark places are more likely to develop brown algae problems. This is because plants and green algae that grow in bright light compete for the need for nutritional diatoms. 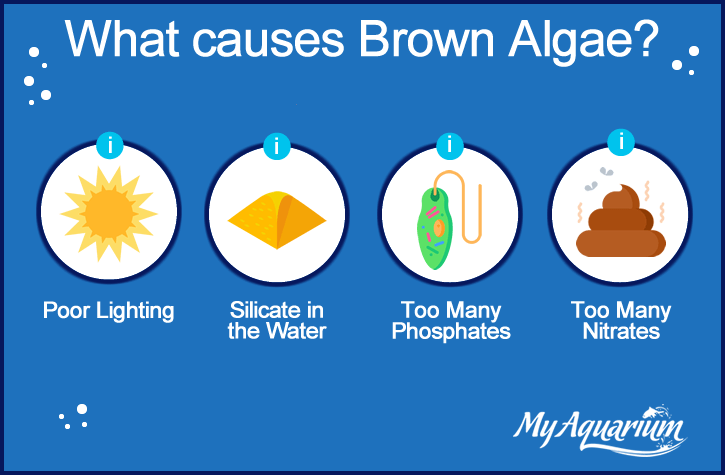 How can I remove Brown Algae?

Here’s how you can remove brown algae from different parts of your fish tank: 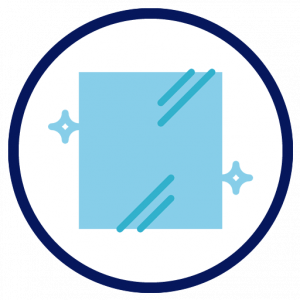 This process can be a bit tiring, but it also removes some diatoms from your fish tank. 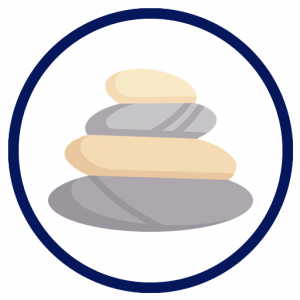 As the diatoms are only resting on the floor, a brown algae issue is easy to clean up. Simply wipe away any tank decorations that may be affected, wipe out all surfaces inside the aquarium, and then vacuum the gravel.

Taking the algae out of the gravel is usually the problematic part. You can vacuum the gravel through a siphon which will remove the algae quickly. Vacuuming ensures that algae does not grow back quickly. 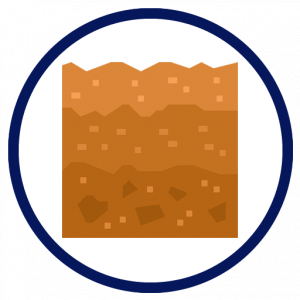 Sand easily gets trapped with brown algae, which is why it is quite hectic and tricky to remove it from the sand. Here’s how you can do it: 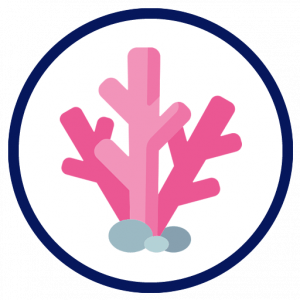 If the Brown algae have covered a major part of your coral, you can try removing it manually from the surface. You can do this by using a soft toothbrush and brush it on the base of algae and try to break down the connection of coral to the rock. In case the algae have attached to the skeleton of the coral, which cannot be removed manually, then you can inject the algae with hydrogen peroxide, but you must take extreme precautions while doing that. 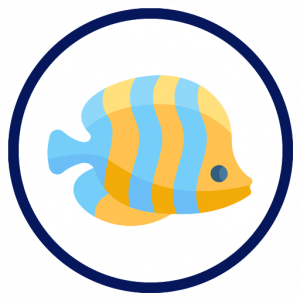 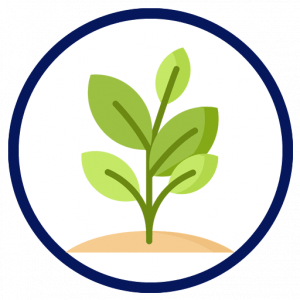 To get the diatoms off your tank,  the best way is to remove all the fake plants, ornaments, and other decors. Just try to scrub off the brown algae through a toothbrush or a soft, gentle scrubbing brush. You can also use bleach for the removal of fake plants inside the aquarium. This is an easy yet efficient method.

How can I prevent Brown Algae?

Here are the steps to prevent brown algae from your aquarium:

There are various freshwater and saltwater animals that eat Brown Algae. Some of them are as follows:

If your tank is too small for a plecostomus, or you don’t want to deal with the hassle of sneaking it through your living plants, consider a little otocinclus catfish instead. These fishes only grow for a couple of inches, and they resemble tiny little puffs sticking to the sides of your tank.

They are a great choice for any fish tank with the capacity of ten gallons and above, as long as it does not include fish that are large enough to eat them. Try including algae wafers so that they don’t starve and have enough to eat. Also, try to include vegetation for them so that they feel safe.

Otocinclus Catfish are probably people’s favorite algae-eating fish, simply because they are straightforward to manage. However, you might struggle to handle them if your tank conditions are less than ideal. For this reason, it is recommended to keep your water parameters well under control before adding Otocinclus Catfish to your tank. They are an ideal choice for many small fish tanks.

Siamese algae is another fish that is known to have a great appetite for algae. They will also consume leftover fish food and plant substances, making them one of the best clean-cut fish you can have in your tank. They are generally docile, but they grow to an adult length of about six inches, and therefore would not be a suitable option for smaller tanks.

Be sure to research and understand their needs before using them.

For Siamese algae eaters, an aquarium fitted with a quiet, non-invasive tank is the best option. While most are polite, be aware that they can become regional with other fishes.

Amano shrimp are also popularly known as algae-eating shrimp. They are particularly known for their large appetite for algae.

If you like the idea of ​​shrimp in your tank, then Ghost Shrimp and Cherry Shrimp are the two most common and less expensive options as algae eaters.  Shrimp are very easy to care of. Just leave them inside and let them do their work. They are also really fun to watch. You will also see them panting around the substrate, climbing plants, and sometimes swimming too.

If you intend to stock any of these shrimps, make sure you are not serving them as lunch to the aquarium fishes. Larger fishes might easily consider them as food, so choose them for small, community tank aquariums. 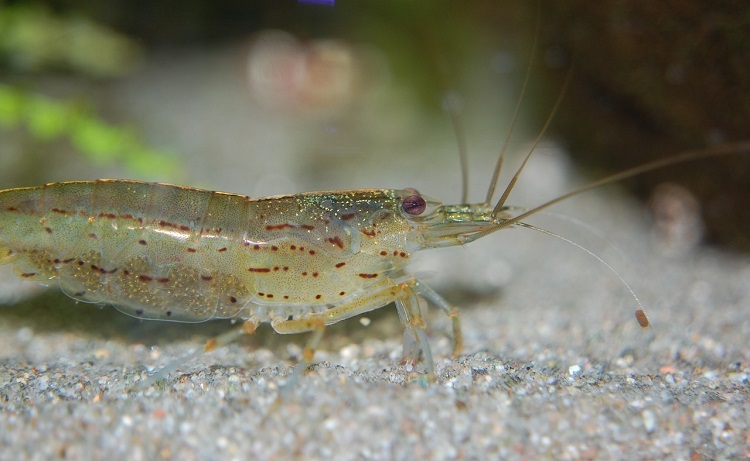 Plecostomus is one of the most well-known fishes in the world of aquariums, especially among those who are fond of fishkeeping. This is probably because the way it grips the sides of the tank with its mouth can scratch any algae and make itself a wretched spectacle. Many people refer to plecostomus just as a sucker.

Plecostomus are a strong algae consumer and are a great option if you have a large tank. However, a common plecostomus may grow up to one and a half feet in length. This means that it is not a good choice for any small tank. You would not place a common plecostomus in a tank below 75 gallons.

Fortunately, there are smaller species that may be suitable. Rubber-lip and Brasenose plecostomus grow to about seven inches only as adults. Neither is a good fish for a 10-gallon tank, but you can consider them for 30-gallons and up.

Some more thoughts about Plecostomus: Whichever species of Plecostomus you choose, don’t forget to feed them with algae wafers. Also, try including a piece of driftwood in your fish tank for rasping. Failure to meet their needs can sometimes lead to aggression, so be careful. 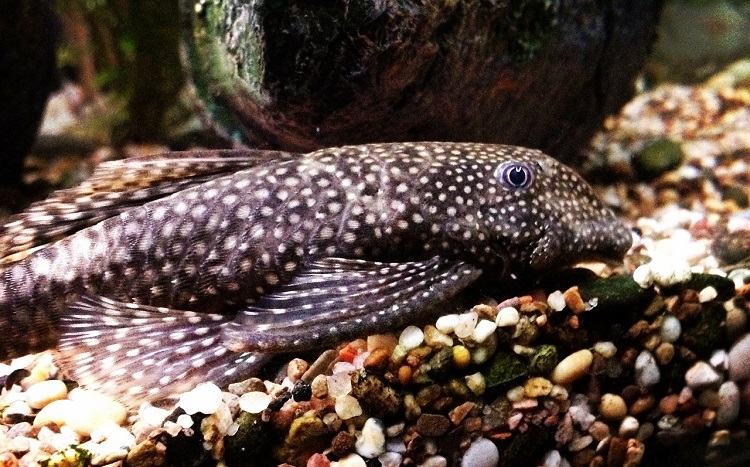 In general, these brown algae diatoms found in your fish tank do not harm your fishes if you keep them under control. Some fishes even like eating these diatoms and can help in cleaning your tank. But brown algae are not good for the home aquarium, and so you must try to get rid of them as soon as possible. 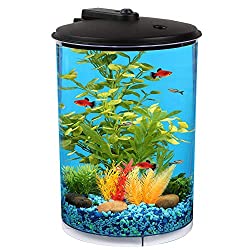 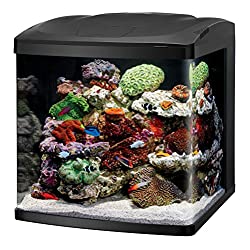